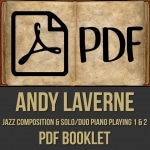 Description: This 22 page PDF includes all of the embedded notation and charts in Andy’s “Jazz Composition and Solo/Duo Piano Playing” masterclass series. NOTE: Like all of our PDFs, it is not meant to be used without the video. This is a supplemental PDF. 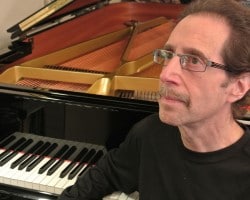