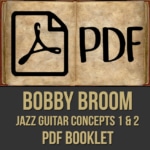 Description: This 13 page PDF includes the embedded notation from Bobby Broom’s “Jazz Guitar Concepts” videos 1 & 2. It is not intended to be used without the videos. This is a supplemental PDF. 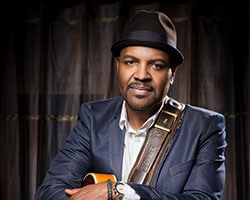