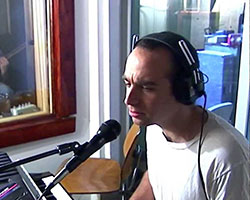 Ivan Rubenstein-Gillis has been playing music and writing songs since he was a child. To date he has recorded several hundred of his own songs (out of several thousand he has written). Over the past two decades Ivan has performed and recorded his own and others’ material around the country, with some of the great sung and unsung rock, pop, jazz and folk musicians of our time. 2013 was a busy year! Ivan completed his most recent collection of 10 songs, “TYPOE” … He also produced legendary trombonist Roswell Rudd’s, “Trombone For Lovers” (Sunnyside Records) as well as cabaret artist Lexy Casano’s, “My Favorite Songs.”

No products were found matching your selection.