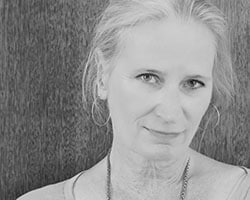 Michele has had a powerful influence on the growth and development of jazz education since its beginning. Through her prolific teaching and arranging, and artistic sensibilities as pianist and singer, Michele has touched the lives of thousands of students around the globe. As one student put it, “Thank you again for being such an amazing mentor. You are truly the person I strive to be.”

Currently on faculty at University of California, Los Angeles (UCLA), Michele taught previously at USC, CSU Long Beach, and the Phil Mattson School. Michele has been invited to teach, conduct or perform in around 25 countries to date and has delivered presentations for some of the world’s most notable music conferences including the World Choral Symposium, the International Jazz Voice Conference, the IAJE and JEN Conferences and the ACDA National Conference. Her educational book/CD sets, Vocal Improvisation (Advance Music), Jazz Singer’s Handbook (Alfred Publishing), and Jazz Piano Handbook (Alfred Publishing) are available internationally. In 2015, Michele released the first-ever iOS app for Vocal Improvisers: ScatAbility.

Michele was a member of the Grammy Nominated PM Singers (under the direction of Phil Mattson,) and also contributed arrangements to the group’s concert repertoire and recordings. In her role as Music Supervisor for the DreamWorks film, Prince of Egypt, Michele journeyed through Europe and Asia to oversee the music production for the film’s foreign language dubs. In past years she toured as pianist and/or singer with various artists, and her duo CD with jazz guitarist Bruce Forman is titled, The Sound of Music.