Artist: George Garzone
Length: 37:00
Subtitles: English, French, Japanese, Spanish
Description: In part one (1 of 2) of this jazz saxophone masterclass, legendary saxophonist and educator George Garzone explores what he feels is most important about being a professional musician.  George discusses sound, time, feel, articulation, professionalism and more.  This masterclass series focuses on conceptual advice from a very wise man with a ton of world-class experience, and contains less emphasis on harmonic examples. NOTE: You can purchase both videos in this series at a discount here! 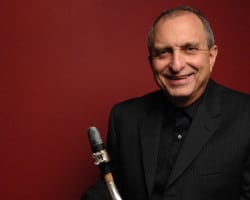