PURCHASE ALL 4 VIDEOS IN THIS SERIES AT A DISCOUNT HERE!

Artist: Jeremy Manasia
Length: 39:52
Description: In part one (1 of 4) of this jazz piano masterclass, pianist Jeremy Manasia demonstrates how to practice the piano efficiently and effectively. Jeremy discusses and demonstrates crucial elements for all jazz pianists, including posture, hand position, independence, warm-ups, scales, exercises and more. NOTE: You can purchase all 4 videos in this series at a discount here! 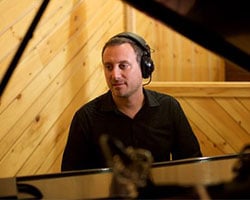