Artist: Michael Leonhart
Length: 32:22
Subtitles: English, Spanish
Description: In part two (2 of 2) of this music production masterclass, producer Michael Leonhart (Donald Fagen, Steely Dan, Lenny Kravitz, etc.) shows you how he mixed his song "Jaipur". Michael shares his production philosophy and takes you step by step through how "Jaipur" was constructed. NOTE: You can purchase both videos in this series at a discount here! 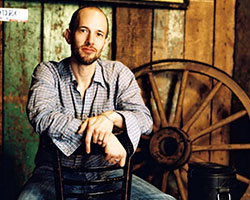