Video 1: In part one (1 of 2) of this studio bass masterclass, acclaimed studio bassist Norman Ludwin shows you what it takes to become an in-demand session musician for film scores, TV shows, etc. Norman breaks down technical aspects, common cue examples, tips, tricks and advice about getting studio and recording work. If you're looking to break into the studio musician scene, this video is for you!
Topics Covered: What to bring to the session, tuning considerations, example cues from a session, rosin, mutes, avoiding unwanted noise while recording, headphones and the click, the C extension, opening and closing the extension quietly, fundamentals, sight reading, intonation, practicing scales, arm pressure, the tone zone, warming up, the metronome, studio etiquette, studio rules and protocol, blending in with your section, arco to pizz passages, assessing the low notes, vibrato, meter changes, tempo changes, your sound, allegorical music, sul ponticello, tremolo, glissando, clusters, etc.

PDF Info:This 11 page PDF includes the original charts (“Fast Talk”, “Smooth Guy”, “Sneaky Pete”, “Muscles”, “Psycloud”, “Also Lost”, “Copperado”, “Generis” & “Predator Lite”) from Norman’s video. This is a supplemental PDF and it is not intended to be used without the videos. 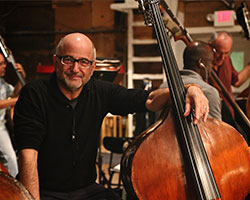