Artist: Scott Healy
Length: 49:40
Description: In part one (1 of 2) of this roots and blues piano lesson, Grammy-nominated pianist and composer Scott Healy shows you how to play in the roots and blues style. Scott discusses and demonstrates left and right hand techniques, licks, voicings, turnarounds, feel and more. If you are looking to add some authenticity to your roots and blues piano playing, this masterclass series is for you! NOTE: You can purchase both videos in this series at a discount here! 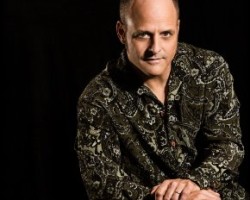 Los Angeles-based Scott Healy is a Grammy-nominated composer, producer, pianist and multi-keyboardist who multitasks across the musical spectrum. He is best-known as keyboardist in the house band for Conan O’Brien: first on Late Night in NYC, then moving out to LA in 2009 for The Tonight Show with Conan O’Brien, and now Conan on TBS, where he holds down the keyboard chair in the Basic Cable Band. Hudson City Suite by the 10-piece Scott Healy Ensemble, was released early in 2013, and garnered worldwide praise, stellar online and print reviews, national jazz radio airplay, and a Grammy nomination for Best Instrumental Composition. His latest CD, Live at Kilbourn Hall by Scott Healy with the Eastman Chamber Jazz Ensemble, was released in October, 2014. Healy is featured on the cover of the February, 2015 issue of Keyboard Magazine, and he was also featured in an “Indie Life” article in the March, 2013 issue of Downbeat Magazine.

In addition to his composing, recording, and nightly TV gig, Healy works as a hired-gun on piano, organ, electronic keyboards and accordion. He has recorded and performed with many of the greats in rock, blues, R&B and jazz: Bruce Springsteen, Bonnie Raitt, Al Green, BB King, Jackson Browne, Levon Helm, Son Seals, Hubert Sumlin and Tony Bennett, among others. He has worked as an arranger for major label releases, including scoring the big band arrangement for the 2001 Ricky Martin hit “She Bangs”.

Healy’s work reflects his classical piano, composition, conducting and orchestration training, as well as his years in the studio and on the stage, whether it be on the podium, in the band or behind the glass. His composing, arranging and scoring credits include the Portland Symphony, the Aspen Contemporary Ensemble, the Mel Lewis Orchestra, Christina Aguilera, and music for film and TV.