Artist: Thana Alexa
Length: 38:40
Subtitles: English, Spanish
Description: In this jazz vocal phrasing lesson, singer Thana Alexa shows you how to make a song and/or standard your own. Thana discusses and demonstrates different phrasing concepts which will allow you to freely sing across the bar line, add tension and release, purvey specific moods/feeling and more. If you want to improve your phrasing when singing jazz, this voice masterclass is for you. 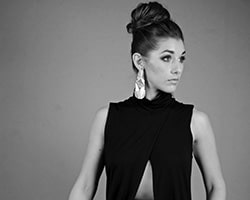