PURCHASE BOTH VIDEOS 1 & 2 IN THIS SERIES AT A DISCOUNT HERE!

Artist: Antonio Sanchez
Length: 42:01
Subtitles: English, Italian, Spanish
Description: In this drum independence lesson, renowned drummer and composer Antonio Sanchez shows you how to freely use your limbs across various styles of music.  Antonio takes you through exercises focused on giving you the freedom to improvise and react to the music around you, while never losing the groove or the feel.  If you want to take your drumming to the next level, this drum masterclass is for you. NOTE: You can purchase videos 1 & 2 in this series at a discount here! 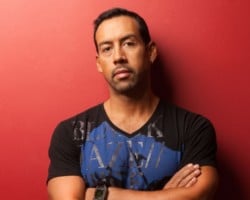