Artist: Maor Appelbaum
Length: 60:20
Description: In part two (2 of 2) of this audio mastering clinic, professional mastering engineer Maor Appelbaum masters a track by the band Abbot Kinney. Maor brings you behind the scenes as he tweaks the song, "Can We Become" and finalizes the mastered version. This video is set up like a typical mastering session and it shows Maor's process. NOTE: You can purchase both videos in this series at a discount here! 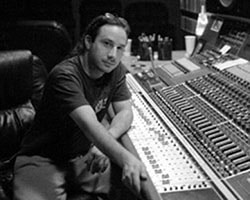