Artist: John Abercrombie
Length: 43:40
Subtitles: English, Italian, Portuguese, Spanish
Description: In part one (1 of 2) of this jazz guitar lesson, legendary guitarist John Abercrombie breaks down his unique style.  John demonstrates and discusses improvisation, playing through changes, using limitations, playing melodically, jazz language and more.  If you're looking to improvise over changes more freely and melodically, this guitar lesson is for you. NOTE: You can purchase both videos in this series at a discount here! 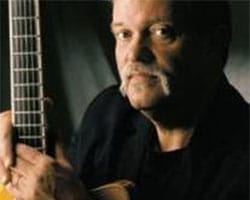