Artist: Tobias Ralph
Length: 29:52
Subtitles: English, Spanish
Description: In this drum lesson, NYC drummer Tobias Ralph shows you some great techniques and principles to add to your drumming arsenal. Tobias shows you a different perspective on warmups, rudiments and linear techniques that will help you get your chops up to speed. 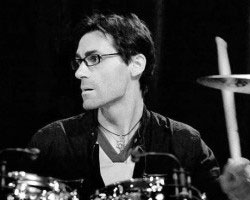 Tobias has toured the US, Europe and more with a wide variety of artists including:

He recorded with many of the above artists (Tony C, Nena, Royston Langdon, Defunkt, Doop Troop, and Medicine Stick) as well as 24-7 Spyz; Susan Cagle (Columbia Records); a few tracks with Everlast (White Trash Beautiful – Island/Def Jam); Kif, which was founded by Dave Fiuczynski, a member of the Screaming Headless Torsos (Discovery Records); Plexus, a drum’n’bass band that Tobias was a founding member of; and Vibrolush (V2/Iguana). In addition, he has done studio sessions with artists and producers such as Bruce Hornsby, Steve Thompson, Root 66, Steven Miller, Swirl 360 (Mercury), Imani Coppola (Columbia), Naomi Kukoff, Jennifer Marks and Pocket Size (Atlantic). Tobias has also recorded two jingles, one with Tony C for Coors Original beer and another for Sherwin Williams.