Artist: Kenny Grohowski
Length: 21:53
Description: In part two (2 of 2) of this drum masterclass, NYC drummer Kenny Grohowski describes and demonstrates his approach to foot technique and metal drumming. He breaks down these elements in an organized way and shows you how to develop these techniques. NOTE: You can purchase both videos in this series at a discount here! 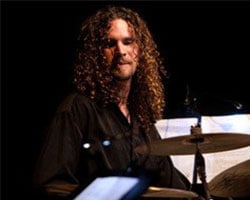