Artist: Graham Hawthorne
Length: 34:33
Description: In part one (1 of 2) of this drum set technique lesson series, renowned drummer Graham Hawthorne breaks down his system for achieving technical fluency on the drums. Graham discusses and demonstrates ergonomic setup tips, drum strokes, maintaining balance, technical exercises and more. If you want to be able to freely play what you hear without getting tripped up on the bandstand or in the studio, this drum masterclass series is for you. NOTE: There is a small PDF bundled with the "purchase" version of this video (not the $8.99 "rental" version), which contains the embedded notation seen in the masterclass. If you want to buy this 2-part series at a discount, you can get the entire bundle here! 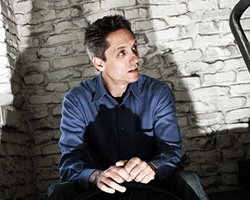