Artist: Rick Germanson
Length: 39:07
Description: In this Jazz Piano Masterclass, pianist Rick Germanson teaches you the art of comping. You will learn various techniques, systems and rhythm section concepts that will help you in many different jazz settings. 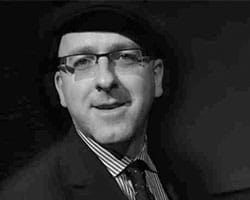 RICK GERMANSON has been a highly in-demand pianist on the New York City Jazz scene for over a decade. A native of Milwaukee, Wisconsin, Rick moved to New York City on the heels of winning the GRAND PRIZE at The American Pianists’ Association Jazz Piano Competition in 1996. His accomplishments have garnered much adoration from the media and led to him being chosen as Best of New Talent in 2004 by All About Jazz NYC.

THE RICK GERMANSON TRIO has performed at Smoke, Smalls, The Kitano and Fat Cat in N.Y.C., Blues Alley in D.C., The Indianapolis Jazz Festival and The Artists’ Quarter in Minneapolis. Rick has three recordings out as a leader. Two on Fresh Sound New Talent: “HEIGHTS” (FSNT 155, 2003) and “YOU TELL ME” (FSNT 217, 2005). And one on Owl Studios “OFF THE CUFF” (OWL 2009) which reached #15 on the Jazz Radio Play Charts. Both Downbeat and JazzTimes magazines have given Rickâ€™s recordings rave reviews. Rick has also been documented on over two dozen sessions as a sideman with many of the top musicians in jazz today.