Artist: Jon Cowherd
Length: 29:50
Subtitles: English, Spanish
Description: In this compositional improvisation masterclass, acclaimed pianist Jon Cowherd shows you how to develop a jazz solo using classical composition techniques. Jon breaks down an original solo over rhythm changes to show you how you can build a compelling improvisation from a simple idea. If you want to learn how to create a complete musical statement over some chord changes, this jazz piano lesson is for you. NOTE: There is a PDF bundled with the download version of this video (not the $8.99 streaming version) which includes the embedded notation seen in the video. 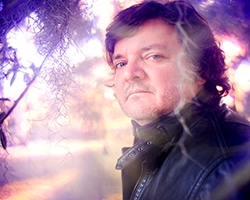 The Kentucky-born, New Orleans-schooled, New York-based Cowherd is best known for his long-running partnership with drummer/bandleader Brian Blade, with whom he co-founded the Brian Blade Fellowship, whose acclaimed, influential albums showcase Cowherd’s stellar keyboard work and singular compositional skills. When not recording and touring with the Fellowship, Cowherd has worked extensively with a broad array of players and singers from the jazz, pop and rock worlds.

Brian Blade Fellowship Band His impressive resume aside, Mercy is the most compelling example yet of Jon Cowherd’s remarkable sensitivity, inventiveness and versatility. Recorded in an inspired three-day session at New York’s Avatar Studios, the sterling set is comprised of ten new Cowherd originals, with his sublime keyboard work anchoring an all-star quartet that includes Bill Frisell on acoustic and electric guitars, John Patitucci on acoustic bass and longtime collaborator Brian Blade on drums. The resulting album is a creative landmark for Cowherd, with such ambitious numbers as “The Columns,” “Postlude,” the three-part “Mercy Suite” and the playful departure “Recital Hour (Timmy’s Theme)” demonstrating his gifts as an instrumentalist and composer.

“It definitely feels like a personal milestone,” Cowherd says of Mercy. “My collaboration with Brian Blade has given me the freedom to record my own pieces, but I still felt the need to make a statement under my own name. That notion was intimidating for a long time, and I never felt ready until the last couple of years. I felt that my playing had to get to another level before I released something as a leader. Studying classical piano with Jeff Goldstein from 2001-2009 really helped me gain that confidence.”

A consistent dedication to honing his talents and broadening his musical horizons has been a lifelong mission for Cowherd. Growing up in Kentucky as the son of musician parents who doubled as music educators, he embraced music early in life, taking up piano, french horn and violin as well as singing. In 1988, he migrated to the musical mecca of New Orleans to attend Loyola University. There, he studied jazz piano and improvisation under Crescent City piano legend Ellis Marsalis and with noted players John Mahoney, Steve Masakowski and Michael Pellera. He also joined local bands led by Tony Dagradi and Delfeayo Marsalis, and played with the New Orleans Ballet and the New Orleans Symphony and Opera. In 1993, Cowherd moved to New York, where he earned a Masters Degree in Jazz Studies from the Manhattan School of Music.