Artist: Luciana Souza
Length: 30:25
Subtitles: English, French, Spanish
Description: In this "Foundational Ear Work for Singers" masterclass, Grammy Award winner Luciana Souza breaks down the essentials of ear training, sight reading and transcription for the professional vocalist. Luciana shows you how to develop a strong base so that you are comfortable hearing, reading and internalizing music in all scenarios. If you want to prepare yourself for a career as a working singer, this vocal lesson is for you. 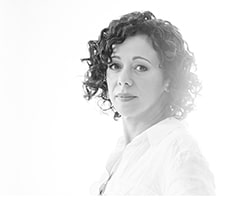