Artist: Oz Noy
Length: 34:54
Subtitles: English, Spanish
Description: In part one (1 of 3) of this "Effects on the Gig" guitar lesson, acclaimed guitarist Oz Noy shows you how to get an arsenal of great sounds both live and in the studio. Oz discusses effect pedals, signal chain, buffers/true bypass, mixing and matching and more. If you want to assemble a professional effects rig and use it creatively in real playing situations, this guitar effects masterclass series is for you. NOTE: You can purchase all 3 videos in this series at a discount here! 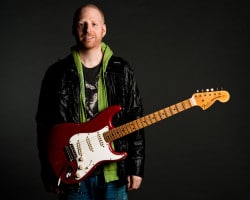