Artist: Ben Stivers
Length: 24:51
Subtitles: English, Spanish
Description: In this synthesis masterclass, professional keyboardist Ben Stivers shows you the building blocks of tone generation.  Ben will help you understand the elements of synth programming from the ground up so that you'll finally be free from the preset menu.  If you want to start making your own unique sounds, this video is for you! 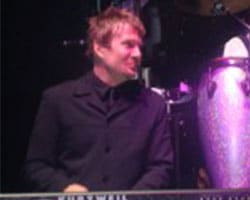