PURCHASE ALL 3 VIDEOS & THE PDFs IN THIS SERIES AT A DISCOUNT HERE!

Artist: Dean Brown
Length: 40:30
Subtitles: English, French, Portuguese, Spanish
Description: In part one (1 of 3) of this "Guitar Improvisation Applications" masterclass, renowned guitarist Dean Brown builds upon his "Guitar Improvisation Essentials" lesson series. Dean delves deeper into improvisational elements and how to apply them in real-life, musical situations. If you want to add to your soloing skill set, this guitar masterclass series is for you. NOTE: There is a small PDF bundled with the "purchase" version of this video (not the $8.99 "rental" version), which contains the embedded notation seen in the masterclass. If you want to buy this 3-part series at a discount, you can get the entire bundle here! Topics Covered: Guitar, Improvisation, Approach Notes, Chromaticism, Target Notes, Scales, Strong Beats, Avoid Notes, Relativity, Whole Tone Scale, Diminished Scale, Etc. 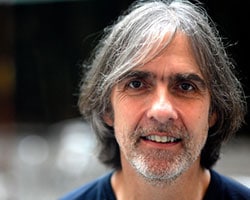