Artist: Al Street
Length: 32:11
Subtitles: English, Italian, Spanish
Description: In part two (2 of 2) of this guitar masterclass, professional guitarist Al Street teaches you the essential aspects of rhythm section playing, stylistic diversity, guitar maintenance, tone and more.  He discusses important strategies and concepts for working guitarists in the modern age. NOTE: You can purchase both videos in this series at a discount here!

Topics Covered: Stretching strings, tuning the guitar, avoiding string breakage, keeping your guitar in tune; practicing with headphones; dealing with backline gear; choosing the right picks and guitar strings; using pedals to sculpt your sound; utilizing your “inner producer”; smart guitar tuning; staying in one place on the neck; using different ranges of the guitar; playing different musical styles; getting gigs as a guitar player; managing your “artist side” and your “working side”; keeping your head up in the music business; smart scheduling as a musician, etc. 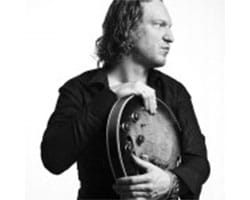