Roni Ben-Hur (Inside a Jazz Standard) 1

Roni Ben-Hur (Inside a Jazz Standard) 1

Artist: Roni Ben-Hur
Length: 37:32
Subtitles: English, Spanish
Description: In part one (1 of 2) of this jazz guitar masterclass, renowned guitarist Roni Ben-Hur breaks down the popular jazz standard "Back Home in Indiana" (and "Donna Lee", which shares the same chord changes). Roni gives you an in-depth analysis of the form, harmonic structure and scale choices needed to improvise on this jazz classic. If you want to get deep inside this important piece of jazz repertoire, so you can freely improvise over the changes as well as apply this knowledge to other standard tunes, this guitar lesson series is for you! NOTE: There is a small PDF included with the "purchase" version of this lesson (not the $8.99 "rental" version) which contains the embedded notation seen in the video. If you want to buy this 2-part series at a discount, you can get the entire bundle here! 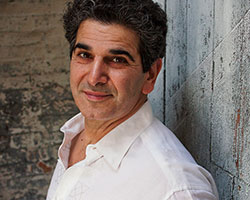