Artist: Vardan Ovsepian
Length: 47:36
Description: In this jazz masterclass, acclaimed pianist/composer Vardan Ovsepian shows you how to apply enclosures to non-traditional jazz language on any instrument. Vardan discusses and demonstrates how these concepts can be used to achieve clarity and creativity in your chromatic playing so that you can take your improvisations to new heights. If you want to expand the creative possibilities on your instrument, this jazz lesson is for you. NOTE: There is a PDF bundled with the download version of this video (not the $9.99 streaming version) which includes the embedded notation seen in the video. 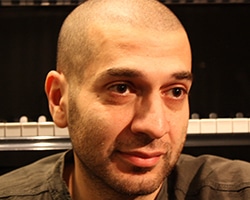