Artist: Nir Felder
Length: 1:12:43
Description: In this full-length jazz guitar webinar (recorded on 3/27/2021), acclaimed guitarist Nir Felder takes questions from the audience and gives insight into his style and techniques. Nir discusses improvisation, comping, feel, voice leading, navigating changes and much more! If you're looking to get inside the exciting playing style of Nir Felder, this guitar masterclass is for you! NOTE: There is a PDF bundled with the "purchase" version of this video (not the $12.99 "rental" version), which contains the embedded notation seen in the masterclass. 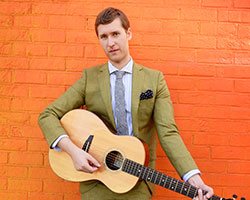