How to Communicate in the Music Business

Previous Next
How to Communicate in the Music Business 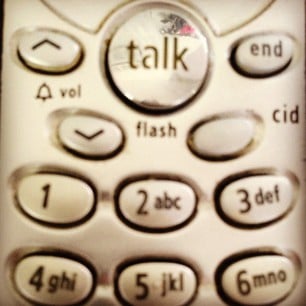 Recently I overheard a 16-year-old girl say that she refused to talk on the phone and that email was “so 10 years ago”. When asked how she communicated, she replied, “with text and twitter”. This interaction spawned the idea for this blog post because it directly relates to the music business and the importance of communication.

With technology advancing daily, there are seemingly endless ways to remotely communicate with people in the music business (Twitter, Facebook, Email, Google +, Tumblr, Text, Phone, etc.). While new devices and trends make it easier to track somebody down, they create a whole new set of problems and rules you must follow.

Before I break down the pros and cons of these methods I’d like to say that it’s incredibly important to well versed in all modes of communication if you want to be successful in the music business. Remember that you are a freelancer and that you will be building new relationships with people of all ages, nationalities, technical proficiency and availability. Since technology and trends move so quickly, a 16-year-old, a 26-year-old, a 36-year-old and a 46-year-old may all have completely different preferences about how they want to “talk”. Since the music industry includes important and influential individuals of all ages, you must constantly adapt your style if you want to make a connection with these important people. Remember, at the end of the day you’ll be hired by those that are familiar with you, trust you and like you.

Now let’s break down some of these methods…

Face-to-Face: There’s no substitute for having a live conversation with someone in this business and that will never go out of style. You can get a feel for if a person is cool, uptight, flaky, arrogant, interested, sloppy drunk, etc. You can read a person’s body language, observe their personal interactions and more. You can also sell yourself to others by being friendly, intelligent, witty, professional, charismatic, etc. and set the stage for future correspondence. For instance, if you randomly start chatting up a music industry exec at a bar and he or she has a lot of friends surrounding them, you don’t want to corner them for an hour with your sales pitch. This will get you nowhere, because they’re most likely done working for the day and want to relax. Instead, you are probably better suited giving them a quick overview of your pitch, exchanging contact info and getting in touch later. After your brief talk, you could say something like, “I know you have a ton of friends here, so I don’t want to talk your ear off. Do you mind if I call or email you this week?” Anyway, I don’t want to get too deep into networking because I’ll save that for a future post.

Phone: I know, phones are so Alexander Graham Bell, right? If you don’t understand that reference, please look it up. Anyway, a phone conversation is the next best thing to a face-to-face meeting. If you talk to someone on the phone, you can get a sense of his or her personality, sense of humor and more. You can also have a true conversation, which means that you may bounce ideas off of them or respond to a specific thought or concern instantly. In order to have the same interaction via message, it would take 10,000 characters, a bout of carpal tunnel from excessive typing and way too much time. Not to mention that it’s impossible to truly show your personality in a message, plus nobody wants to read the entire novel you just wrote. For instance, if I ask someone to do a gig with me via message they can easily say no because they might not know all of the details. If I talk to them on the phone, I can ask them about their concerns directly and respond to each one. I can get a feel for what their stance is and possibly work something out. This is not usually possible via message.

Email: Email is still a very important tool in the music business and it’s universally acceptable. Many busy people list their email addresses as the sole way to get in touch with them because they only have time to talk to select people. They are able to respond at their own pace and sift out the spam. They may not like to be contacted through Facebook and/or Twitter for business reasons and prefer to keep social networking separate for their personal lives. Also, with email there is no character limit and you can encode html directly into the message itself making it look more desirable than other forms of electronic communication.

Text: Texting is obviously a great way to send people messages in 160 characters or less, but it’s really only appropriate if you already know the person you’re texting. If you text someone you don’t know, it could annoy the recipient and will probably be discarded. Also, the character limit makes writing and reading longer passages difficult. Another consideration is that most businesses and corporate offices still have landlines, which don’t accept texts, so don’t assume that you can text any number. Also, not everybody likes to view links and browse the web on their phones. Many business people like to keep the business stuff on their computers so they can categorize links, leads and more. Texting a link to your music or bio will most likely be discarded so email would probably be more appropriate for this. Lastly, people are guarded about their cell phone numbers and don’t like random people texting them.

Facebook: Facebook is a very good way to promote your career and stay in touch with friends. It also can be an effective way to get in touch with people if you cannot find their email address. Messaging in FB is obviously more effective if you have friends in common, but it has lost the credibility it once had in terms of legit connections. Since most people have “friends” that they have never actually talked to in person, the mutual friend list is not as highly regarded as it used to be. This is where LinkedIn excels, but that is for another blog post. The other problem with FB is that some people do not check their messages often, while others receive them instantly on their phones and tablets. You must know how actively a person checks their messages before trying to contact them. And again, some people really like to keep their business and personal lives separate, so trying to get in touch with them via FB messenger could be annoying to them.

Twitter: Twitter is a great way to broadcast to the world in 140 characters or less. You can also shout people out like @MMMClass (BTW please follow us on Twitter…LOL), in order to converse or tag them in a subject. The messaging in Twitter gets a pretty bad reputation though, because it’s mainly filled with spammers, etc. This leaves Twitter as a very casual way to alert people to your presence instead of actually having a detailed conversation. Twitter is a fantastic promotional tool and device for casual conversation, but it’s not a great way for an introduction or real correspondence. Also, many people arduously craft each tweet like a sonnet so you can’t really get to know someone when they are on their best and coolest behavior.

So: I’ve gone over the basics here and most of this stuff may be fairly obvious to you. Unfortunately, others struggle with these concepts daily. Here’s an example: I recently met a young musician at a music venue and after talking with him for 5 minutes he said he wanted to record a Masterclass Video for the site. He will remain nameless, but he’s a very talented young player in the scene. Anyway, I gave him my info and 2 months later he texted me and had to reintroduce himself (because it took so long for him to get in touch). Also, the text was obviously written quickly, spelled poorly and most likely composed while driving or something. Think of it from my perspective, this musician approached me and asked for an opportunity. I gave him my info and not only did it take 2 months for him to respond, but it was a flaky (I don’t have time to talk) kind of response. Since I was put off by the nature of the communication and needed to get a sense of his vibe, I asked him to call me anytime during the week to discuss the details. If I was going to film this musician (and fully produce and promote the video), I would need to talk to him on the phone and see if he was serious or a waste of time. This was the last I ever heard from him, which means I made the correct decision by requesting the call. I’m not sure if he couldn’t be bothered to pick up the phone (because he preferred texting) or if he simply flaked out and became too embarrassed to call after time had passed. It doesn’t really matter what the reasoning was, because he contacted me and that’s how I preferred to communicate with him. Now, this isn’t personal at all and I’d gladly hang out and grab a beer with this musician at a bar next time I see him, I just won’t work with him professionally. Again, this is bordering on a music networking and people skills post, but communication is an accurate portrayal of a person’s personality. If you don’t communicate effectively, it will hurt your career.

I hope this post was helpful and I definitely do not want to sound too “preachy”. I just believe that it’s important to understand how these things affect your public image, reputation and overall music career.